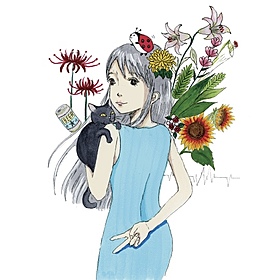 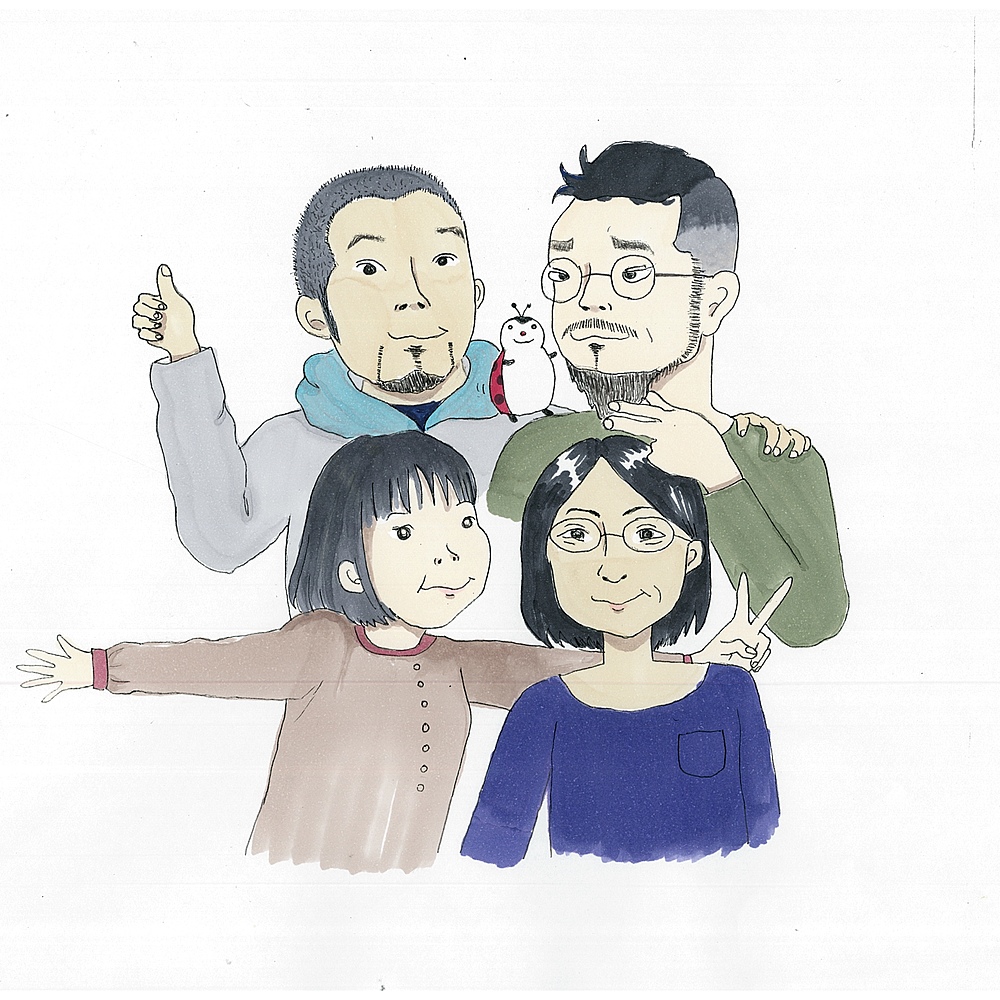 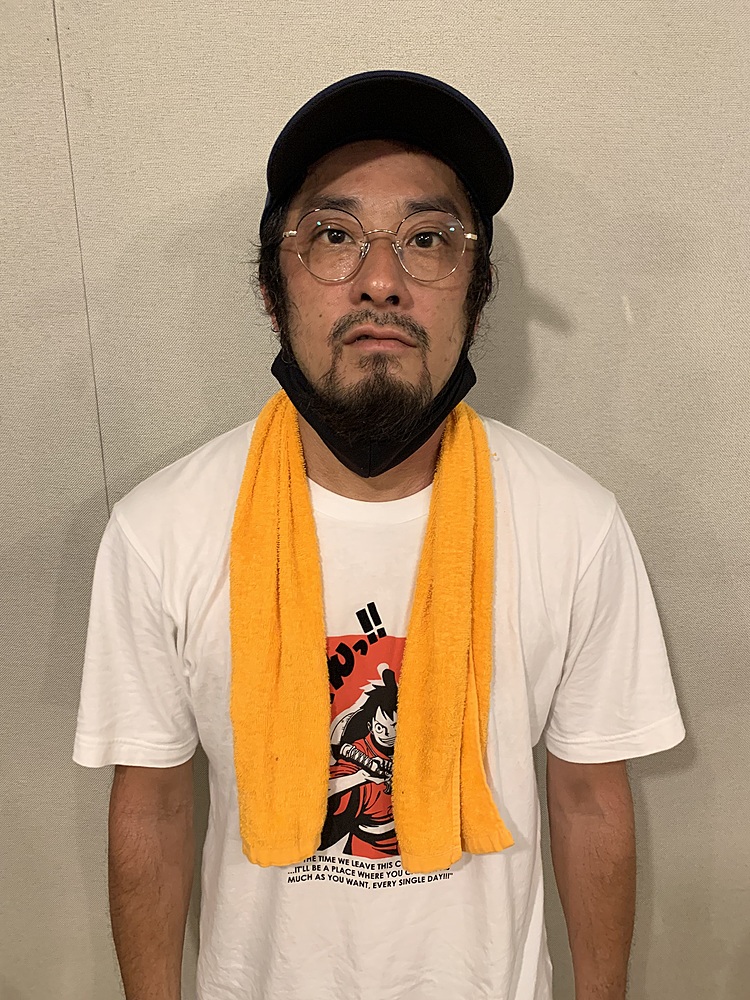 Born in Imabari City, Ehime Prefecture, raised in the countryside.

He is in charge of poetry and composition for most of UTERUS's songs.

Dora, the cat who once lived with her, is her best friend. Grandma. I grow up listening to my grandma's ghost story every Saturday.

Transferred to junior high school in Auckland, New Zealand and graduated from high school in Vancouver, Canada. In high school, he was enrolled in art majors such as theater, poster art, ceramics, and brass band. Graduated from the Business Department of the Muse Academy of Music. Dropped out of Nihon Fukushi University.

When I was in high school, I ran a rental recording studio in a studio that was remodeled from a garage. My mother is a businessman and my father-in-law (Canada) is a writer. My brother and brother who live in Tokyo are music producers. My wife and family are UTERUS Meimaru.

From April 2020, his own studio / label Marumaria Studio / Team rhythmo 18 was rebuilt and founded. His works are being released regularly as Sawa-U. He works as an engineer and mixer for all works. Also in charge of MUSIC VIDEO production and advertising design.

He is a long-term care welfare worker and has been engaged in the field for about 10 years. During that time, he was mainly in charge of supporting the independence of children with higher brain function (midway) and intellectual disabilities (developmental disabilities, etc.). 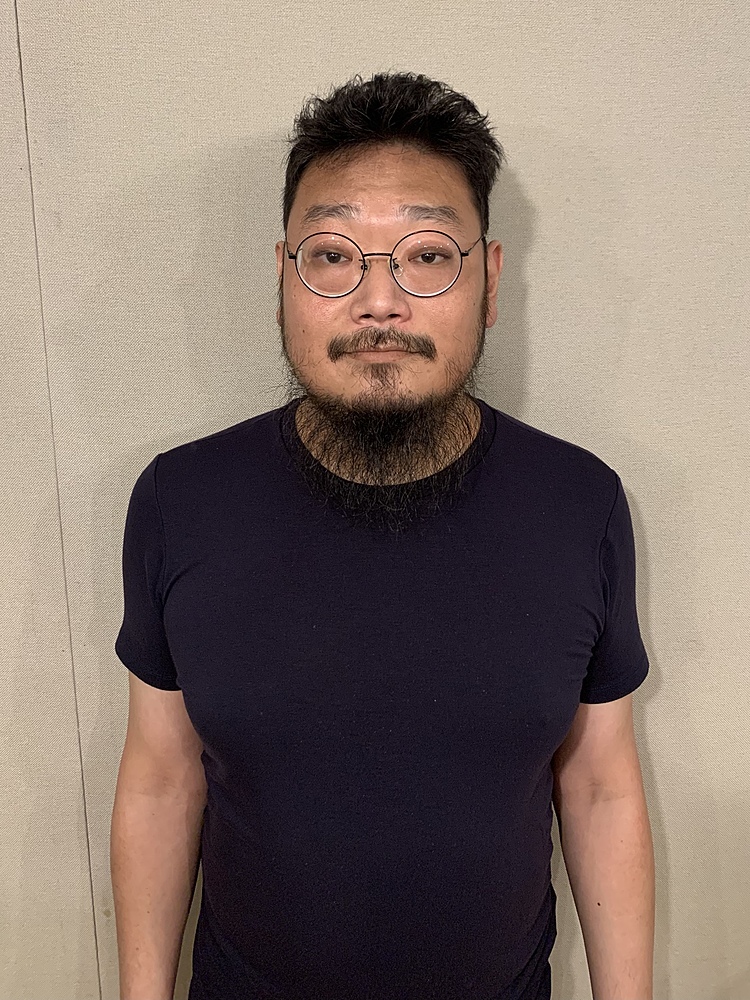 Born in 1978. Active as a bassist and vocalist of the rock band "the band apart". He also writes and composes songs. Formed the band apart in 1998. In addition to providing music to artists, he also participates in ghost story events. 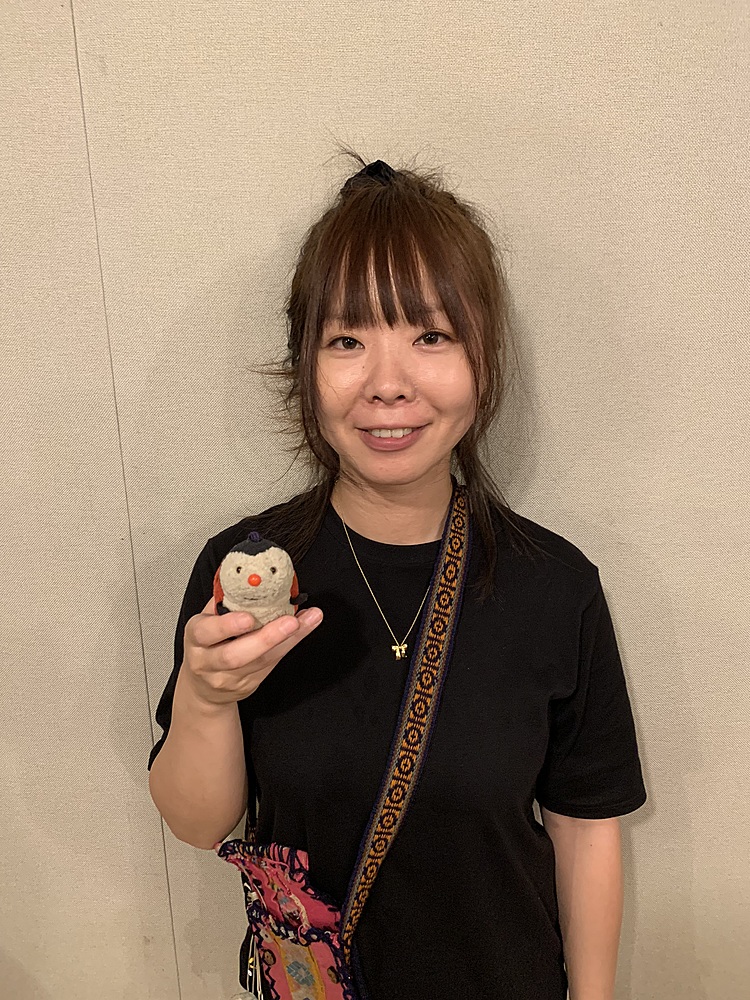 Born and raised in Machida, a suburb of Tokyo.

He started learning the piano when he was young, and when he was a student, he belonged to the brass band club and bite the horn, trumpet, and saxophone.

From an early age, he became an adult with extreme shyness.

In 2011, he joined UTERUS, the first band in his life, without knowing right or left.

Later, at the church in Izu, he met the ladybug "Maru" and the family was completed. After that, the whole family started "Red Man and Toratsubaki" with a "folk like a hymn".

* Maru (ladybugs) are the inner persons of Mei and each other.

"Maru" is a very kind child who says everything, but is loved by everyone.

Currently working at a clinic in Tokyo

I draw all the pictures related to UTERUS.

Meimaru 's handmade accessory shop 🐞🍀 I create it when I think of it whimsically. Please take a look 🤍 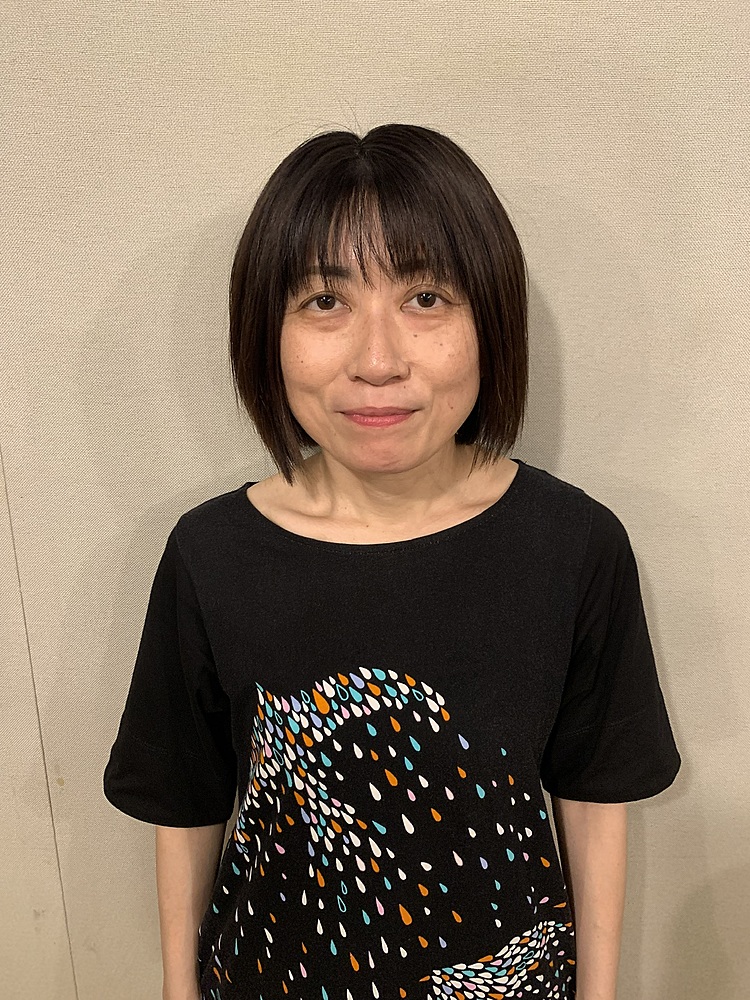 I was shocked by the coolness of the drum set that I had at my senior's home when I was in the brass band club in junior high school, so I formed a band in high school and started playing drums.

Enrolled in UTERUS for a while while living in Imabari, Kansai, and Kanto. Rebooted in 2018. In past works, he has performed drums with "UNITE" and "Rechia" recorded in "New Yutero," "Otona Kills," "Fireworks," and "Bodhisattva, Tokyo Makaritsu." 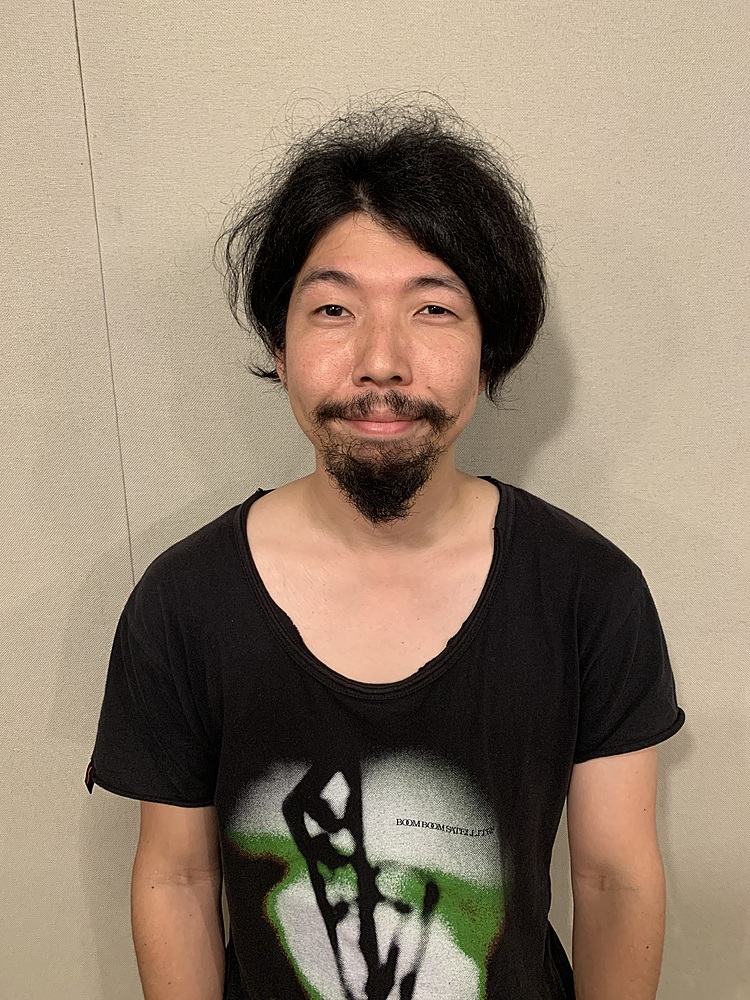 Worked at Lawson Hatoyama Izui store for 10 years until 2018. Acting as a deputy store manager at the branch.

Currently dispatched to a chocolate factory.